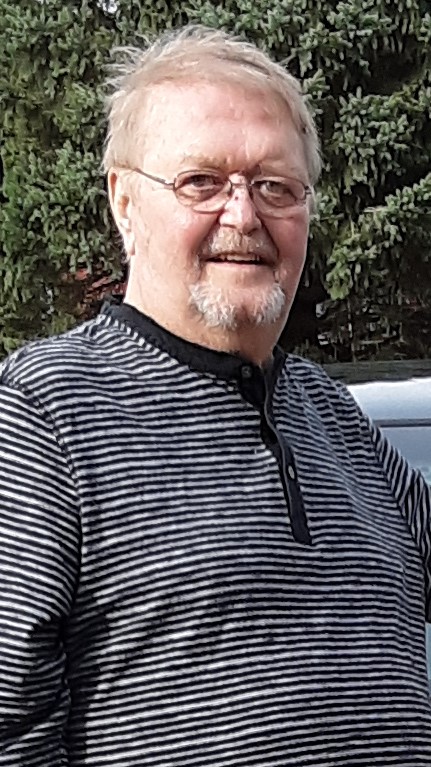 Services for Terry will be held Wednesday, June 24 at 10:30 A.M. at Mitchell Family Funeral Home, with a visitation Tuesday, June 23 from 5:00-7:00 P.M. The family asks that attendees wear Hawkeye attire (although any rival teams are also welcome!). For questions or to send a condolence, please visit www.mitchellfh.com or call 641-844-1234.

Terry was united in marriage to his loving wife Rebecca “Becky” (Myers) Metz on November 27, 1993 at her parents’ home in Marshalltown.

He worked for 41 years at Emerson/Fisher Controls. After retiring, he enjoyed driving as the Airport Express for Toby and Jan Godfrey.

Terry was very involved in the community: he was a proud member of UAW 893, was Chairman of Community Services Committee for several years and was the Editor of the Local 893 Rank-N-File newspaper for many years. In 1992, he was awarded “Volunteer of the Year” from Marshalltown Area United Way. He also served several years on the MICA board of directors.

Terry loved sports. Growing up, he liked to play tennis with his brother Larry at the courts near his family home. Throughout his life, he played a lot of golf and won many trophies at different tournaments. He played and umpired slow pitch softball and coached his son, Jared’s Little League baseball team. Terry was a huge Hawkeye fan! As a child, his uncle Leonard Bidwell would take him to Hawkeye football games. He has a wonderful Hawkeye “Man Cave” that he was always proud to show to all visitors. He even converted several of his grandchildren to Hawkeye fans, including Rhett, Badj and sometimes Carson.

Terry absolutely adored his grandchildren. They could always count on getting a lawn mower ride from Grandpa if they visited when the weather was nice. Terry loved going on the rides at Adventureland with the grandchildren every year. He loved giving his grandkids quarters and they would fill up the skee ball game. If it got too hot, you could find Grandpa at the Adventureland Bingo Hall. He spent lots of time attending the sporting events of his grandchildren.

Terry loved anything spicy, but Jalapeno poppers were his specialty. He loved to cook ribs in his smoker. He also enjoyed going to the local casinos and Las Vegas.

Terry is preceded in death by his parents Leslie and Dorothy Metz, brother Larry Metz and Father-in-law Donald Myers Sr.