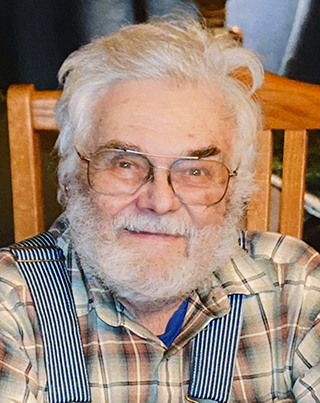 Glenn E. Berrey left this world for greener fields on June 10, 2020, at the age of 91. His recent move to Salida, Colorado to live with his daughter Linda was of his own choosing, but there was no place like home on his farm in Tama, Iowa, with his corn fields, tractor and farm animals. He had been a carpenter by trade in Marshalltown, Iowa. Glenn was always up for a game of cribbage or an old Western movie.

He was born in State Center, Iowa as a New Year’s Eve baby in 1928 to Mildred and Isaac Berrey. Glenn is survived by his siblings Al Berrey, Barb (Jon Morton) Schickel-Morton, and Gilbert (Bonnie) Berrey. He is also survived by his daughter Linda Ryff and step-children Charlotte (Eugene) Zeman and Robert (Linda) Gray. Also surviving are 6 grandchildren, Karla (Matt), Kody (Maria), Kyle (Alma), Kiki (Josh), Larisa, and Jennifer (Ben) as well as 12 great grandchildren and several nieces and nephews.

Preceding him in death were his daughter Rhonda Jean Berrey and wife of 43 years Helen Florence Berrey.

Private memorial services will be held at a later date. Online condolences may be made at www.lewisandglenn.com.