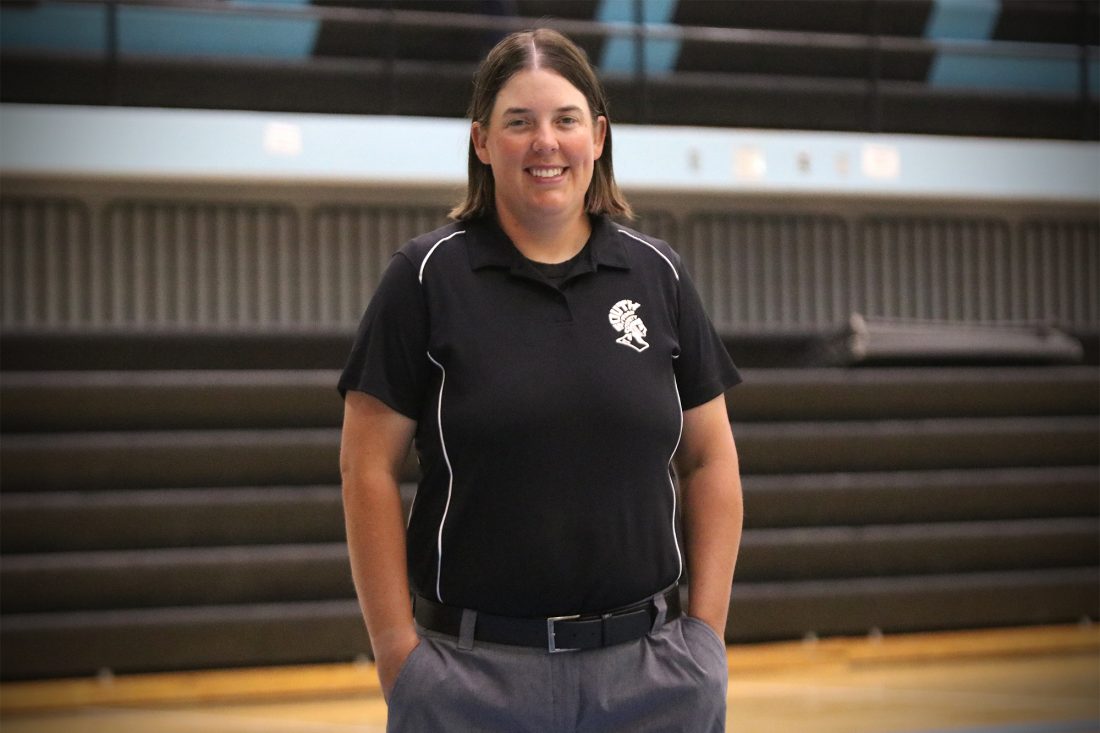 Chelsea Ahrens will begin her new position as a part time Activities Director, part time social studies teacher in August. Ahrens is also wrapping up her season as head coach for the softball team. She will continue to serve as head coach for softball along with her new duties. Allison Graham/News Chronicle

Chelsea Ahrens is passionate about helping young female athletes. That passion led her to apply for a new role at the high school, Assistant Activities Director.

“I’m really excited, and it’s exciting for me to be the first female,” said Ahrens. “I don’t consider myself breaking barriers. I just want to help South Tama activities.”

Ahrens began her career with South Tama in 2008 as a high school social studies teacher. She has coached in some capacity for the past 12 years.

When she isn’t at the field or on the court she is also a wife and a mom to two young girls, Anna, 7 and Katie 5. Her husband Cort is the defensive coordinator for the STC Trojan football team. Ahrens has held many leadership roles in the district including lead teacher, mentor teacher and has sat on the school improvement team. In August she will begin her new role in the Activities Department.

Ahrens grew up in Northeast Iowa and graduated from Clear Lake High School in 2003. She attended Waldorf University to play softball in the NAIA conference. The summer after she graduated high school she joined her high school coach at the young age of 19 and began coaching girls who were just a year younger.

Coaching is what opened the educational doors for Ahrens. Her mom is a public defender in Mason City. Ahrens has always loved history but didn’t know if she would go the route of being a lawyer or a teacher. As she continued coaching she realized that she enjoyed being around teenagers.

After graduating from Waldorf in 2007, she moved to the Dubuque area where Cort was located. South Tama was her first full time teaching job. She coached basketball for 10 years and has coached softball for 12.

“We love the South Tama community. We like being a part of the community and being involved in athletics,” she said.

Ahrens will be joining a brand new administrative staff at the high school starting in August. Mark Grotluschen was hired last winter as the high school principal and the new Assistant Principal/Activities Director is Anthony Jahr. Ahrens’s new role isn’t fully defined yet but she has an idea of what she wants her primary focus to be.

“I want to be a person who can support coaches.”

As a coach for so long herself, she has been thinking about ways she can help current STC coaches with the tools they need to build a successful program.

She also wants to help unify the athletic programs so they are working together more cohesively. It’s a conversation she’s already had, especially with other female coaches like Sam Cantonwine. Cantonwine was once a student-athlete under Ahrens’s program and now is the head volleyball coach as well as an assistant softball coach.

Being in coaching for as long as she has, Ahrens has seen many changes and challenges even within her own programs. Back in 2013 Ahrens turned the STC softball program around. They went from two wins to 15 in the North Iowa Cedar League Conference. Then in 2014 South Tama moved back into the WaMaC West and competition across the board has been a struggle for the Trojans. That’s not to say there haven’t been successes, but the competition level is much higher.

Most importantly though, Ahrens hopes that when student-athletes graduate from her program they have had a positive experience.

“I hope when they leave and graduate they have had fun and learned a lot.”

Ahrens is big on teaching the fundamentals of the sport of softball. Now with a newer coaching staff, softball players are starting to grasp those skills. Ander Rutledge has come on board as the middle school coach, Lon Wilkerson is coaching freshman and Cantonwine is assisting at the high school level. Dina Keahna is also on staff through this summer. Aligning her program is something Ahrens hopes she can carry on into other programs in her new role as Assistant AD.

Teaching, administrating, coaching, being a wife and a mom will keep Ahrens’s plate full. She will continue teaching five classes a day and coaching softball. She shared she gets asked if she’s a lifer with the softball program. While she can’t officially say if she will stay forever she does have warm thoughts about coaching her own daughters someday.

Luckily she has a good support system from not only her husband but family and friends. In the past during football season, Ahrens has stayed home in the evenings with the kids. Cort would do the same for her during winter and summer sports seasons when she was coaching. Plus now that the girls are older they can come to games more easily.

“We have a good co-parenting system,” said Ahrens.

Stay tuned for more stories about new staff at STC.

The STC School Board is meeting for a regular session Monday, August 3 at 5 p.m. Superintendent Jared Smith will be ... 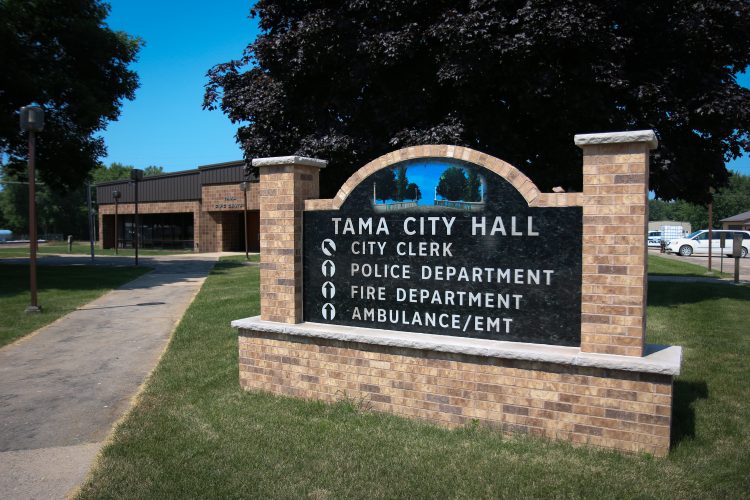 Note: Arrest or citation for a crime is not a determination of guilt. Guilt or innocence is always determined in ... 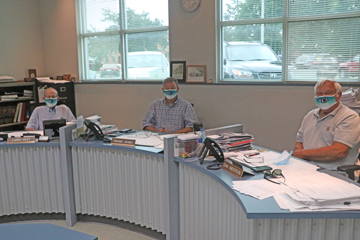 Takeaways from Tama Co. Board of Supervisors 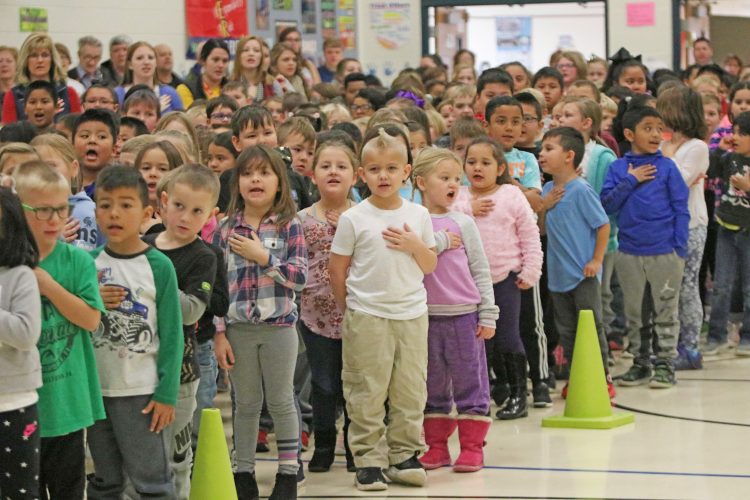 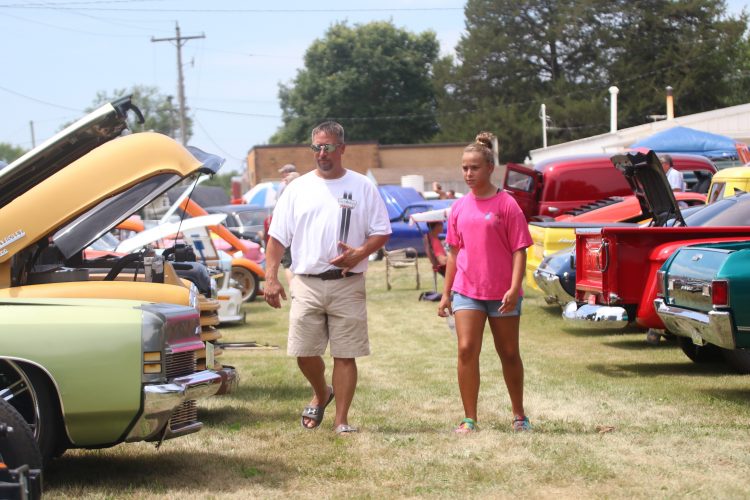