“Late last week, a portion of Iowa was deemed ‘abnormally dry’ by the U.S. Drought Monitor. Much of the state experienced cooler temperatures and rain over the weekend, which helped mitigate dryness concerns and impacts on emerging corn and soybeans,” said Secretary Naig. “With the recent rainfall, and temperatures that are expected to warm up throughout the week, crops should get a boost in the field.”

There were 4.3 days suitable for field work during the week ending May 17, 2020, according to the USDA, National Agricultural Statistics Service. Windy days made spraying weeds difficult, but planting continued prior to most of Iowa receiving rain in the latter half of the week.

Iowa farmers have planted 96% of the expected corn crop, nearly a month ahead of last year and almost 3 weeks ahead of the 5-year average. Only Southwest Iowa has over 10% remaining to be planted. Corn emergence improved to 62%, almost double that of the previous week. The soybean crop moved to 86% planted, also nearly a month ahead of last year and 3 weeks ahead of average. Farmers in the northern one-third of the State have less than 10% of their soybeans left to plant. One-fourth of the soybean crop has emerged. Seeding of the oat crop is virtually complete, with 91% emerged. Oat condition rated 80% good to excellent.

Gusty northwest winds slowed down as daytime highs remained colder than average, in the mid 40s north to mid 50s south. Cloudy conditions persisted into Monday (11th) with overnight lows remaining in the upper 30s and low 40s. Skies began to clear towards late afternoon and evening as a weak cold front dropped south across Iowa. With a light north wind, morning temperatures on Tuesday (12th) were unseasonably cold with lows across eastern Iowa in the mid to upper 20s.

Cloud cover in western Iowa held temperatures in the low 40s with the statewide average at 35 degrees, 12 degrees below normal. Conditions through the day began to warm as partly sunny skies were observed across much of the state.

Highs reached into the upper 50s and low 60s, though still six to 16 degrees below normal. A small disturbance moved through Iowa during the afternoon and evening hours on Wednesday (13th) bringing showers and thunderstorms. Rain totals from this system were highest across northern and eastern Iowa. Daytime highs remained in the mid to upper 50s.

A warm front lifted across southern Iowa overnight into Thursday (14th) in advance of a strong low pressure center, forcing additional showers and thunderstorms in southern Iowa. Additional storms, some strong to severe, formed during the evening hours across central Iowa with multiple reports of hail and straight-line winds; a 3.00-inch-sized hail stone was reported in New Virginia (Warren County).

Moderate to heavy rain fell across southeastern Iowa as thunderstorms slowly moved over the same areas. Two-day rainfall totals at 7:00 am on Friday (15th) showed nearly 40 stations reporting over two inches; half of the state’s rain gauges observed at least 0.63 inch with a statewide average rainfall of 0.84 inch. Ottumwa Industrial Airport (Wapello County) reported 4.43 inches, breaking its rainfall record for the date as well as tying its existing May daily record set in 1993.

High pressure dominated during the rest of the day with overnight lows into Saturday (16th) remaining in the 50s under generally clear skies. A broad system of showers and thunderstorms entered western Iowa and propagated through the state during the early evening and overnight hours. Measurable totals were reported statewide with a concentrated rain band along the low’s attendant cold front bringing at least 0.50 inch to much of Iowa’s western two-thirds. The heaviest amounts fell across northern Iowa, where the low slowly spun before exiting the state into Sunday (17th) morning; Mason City (Cerro Gordo County) reported 2.25 inches while Ringsted (Emmet County) observed 2.43 inches. The statewide average rain total was 0.86 inch.

The statewide weekly average precipitation was 1.71 inches while the normal is 1.05 inches. Donnellson (Lee County) and Lamoni (Decatur) reported the week’s high temperature of 81 degrees on the 14th, on average nine degrees above normal. Stanley (Buchanan County) reported the week’s low temperature of 24 degrees on the 12th, 22 degrees below normal. 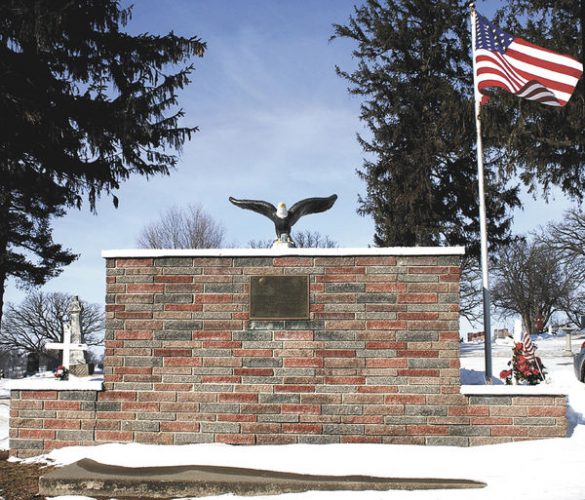 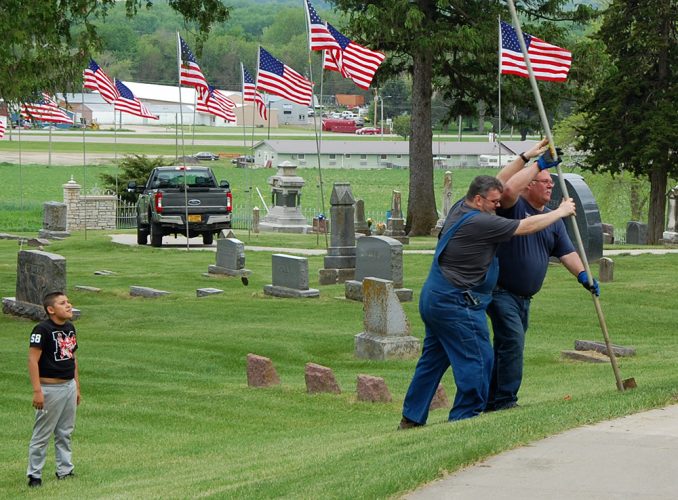 Preparations for Tama Avenue of Flags