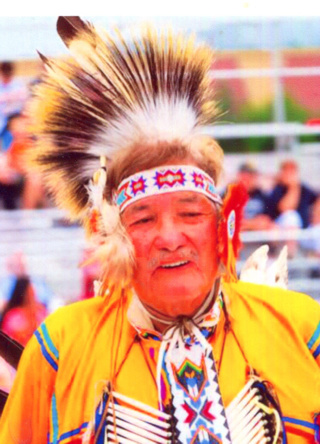 Vernon was born on May 23, 1930, in Toledo, Iowa, the son of Jeffries Jefferson and Isabelle Morgan.

On February 4, 1961, he married Yvonne C. Roberts in Waterloo, Iowa. He was an iron worker. Vernon enjoyed traveling, dancing at Powwows, gardening, and attending and watching football. He also enjoyed working in his tire shop and working on native arts and crafts. His greatest joy was spending time with his grandchildren and great-grandchildren.

Preceding him in death were his parents; his wife, Yvonne Jefferson on November 6, 2010; son, Jeffrey Jefferson; and brothers, Rodney Papakee and Clyde Papakee.

Kruse-Phillips Funeral Home, Tama-Toledo is assisting the family with the arrangements.