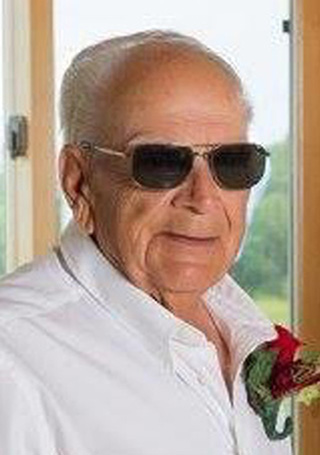 Carl Sturtz, 85, of Tama, passed away May 8, 2020 at the Grundy County Memorial Hospital-UnityPoint Health under the care of Cedar Valley Hospice. A Memorial Graveside Service will be held Tuesday, May 12, 2020 at 10:00 AM at the Maple Hill Cemetery in Montour. Funeral ceremonies are currently permitted as a spiritual or religious gathering. However, vulnerable or high risk folks should use discretion in attendance and it is highly recommended that everyone be wearing a mask. Social distancing should still be practiced as well.

Carl was a longtime truck driver for forty-two years for three different employers. He retired the first time in 1996, which lasted six months, then returned to work for the Meskwaki Casino for another ten years.

Carl was a longtime member of the Teamsters, and was also a member of the VFW and American Legion. He was an avid golfer, loved being outside and always took “short cuts” on his vacations and travels. Carl was known as the “Human Atlas” for his knowledge of the American highway system. He always had Oreo’s on hand to bribe his grandkids and great grandkids.

Preceding him in death were his parents; his longtime companion, Jan LaVelle; his brothers, Warren, Clifford, Robert, Royce, Dale, and an infant brother; his sisters, Shirley, Eris, and Carolyn; and two nephews, Tracy and Terry.

In lieu of flowers, memorials may be directed to Cedar Valley Hospice.

Kruse-Phillips Funeral Home, is assisting the family with arrangements.