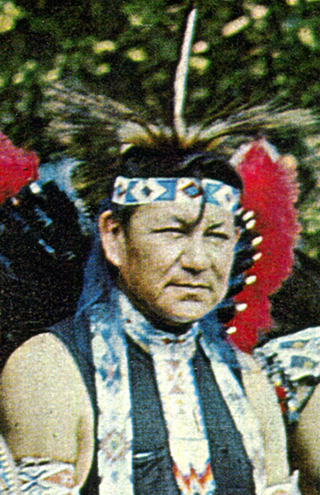 Leonard Johnson, 89, of Tama, passed away Sunday, May 3, 2020 at MercyOne Des Moines Medical Center. Traditional Graveside Services will be held Tuesday, May 5, 2020 at 2:00 PM at the Morgan Cemetery on the Meskwaki Settlement. A Traditional Wake will be held Monday evening at Glen Roberts’ Ceremonial Building on the Meskwaki Settlement in rural Tama.

Leonard was born on July 24, 1930, at home in rural Tama, Iowa, the son of Valentine Davenport and Ruth Johnson.

He served his country in the U.S. Army during the Korean War.

On August 18, 1956, he married Barbara Jean Waseskuk. Leonard was employed at John Deere for twenty-eight years. He loved dancing at the annual pow-wow, traveling, sitting outside in his yard and riding his lawn mower. He enjoyed sports, especially the Iowa Hawkeyes. His greatest joy was spending time with his kids, grandkids, and great-grandkids.

Kruse-Phillips Funeral Home, Tama-Toledo is assisting the family with the arrangements.