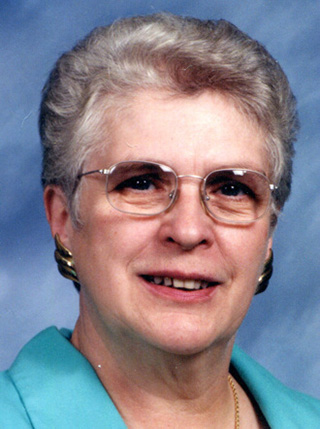 Pauline Cory Biela, 84, of Toledo, passed away Sunday, May 3, 2020 at Premier Estates of Toledo under the care of Iowa River Hospice. Graveside Services will be held Saturday, May 9, 2020 at 2:00 PM at St. Patrick’s Cemetery in Tama. Funeral ceremonies are currently permitted as a spiritual or religious gathering. However, vulnerable or high risk folks should use discretion in attendance and it is highly recommended that everyone be wearing a mask. Social distancing should still be practiced as well. Please feel free to leave condolences to the family at www.kruse-phillips.com.

Pauline was born on November 16, 1935 in Tama, Iowa, the daughter of Clarence and Vivian (Atchison) Brecht.

She graduated from Tama High School in 1953.

Pauline was a hard worker supporting her children in the food service industry until 1972. She then worked as an office assistant for Dr. John Hess. In 1978 she moved to the Quad Cities where she entered civil service as a Quality Assurance Specialist for the Dept of Defense. She retired in 2000. Pauline loved playing the piano and singing. She participated in choir at St. Patrick’s Catholic Church and was a member of the Choraliers . She accompanied many STC band members for state competitions, and her children fondly recall coming home to the sounds of her music. She loved spending time with her family, especially her grandchildren.

Memorials may be directed to the St. Patrick Catholic Church in Tama or the American Diabetic Association.

Kruse-Phillips Funeral Home, Tama-Toledo, is assisting the family with arrangements.