The Melvin and Tena Blocker family held their annual reunion at Toledo Heights on Sunday, August 4. The following were in attendance:

The afternoon was spent visiting and playing ladder jacks and bags.

Attendees at the Hanus- Hladik famly reunion held August 11. 2019, at the Tama Civic Center were Arlene and Keith ...

The annual reunion of the descendants of Martin and Marie (Stanek) Cibula was held July 28 at The State Bank of ...

Sunday, August 4th 57 descendants of Joseph and Anna Dostal, who came from Kingdom of Bohemia Czechoslovakia, ... 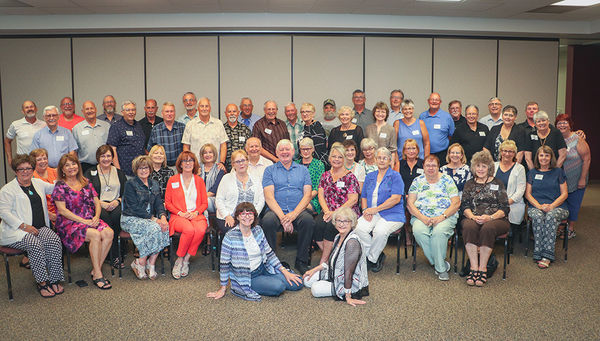